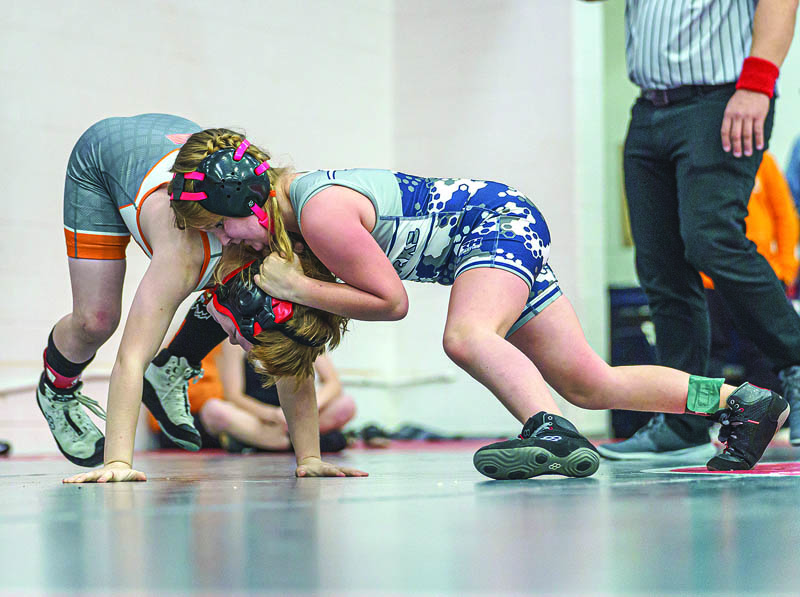 Charlee Wolfey
Sugar and Spice: Anderson County Wrestling Club’s Charlee Wolfey and Kaylee Matchette wasted no time in sizing up and controlling their opponents at the Smoky Mountain Wrestling Conference’s Battle at the Bull Ring on Saturday, Jan. 7. The all-day tournament was hosted at Anderson County High School and featured wrestlers from tots to middle-school ages.

Give them six district titles (as in six in a row)

Friday night at ACHS was electric 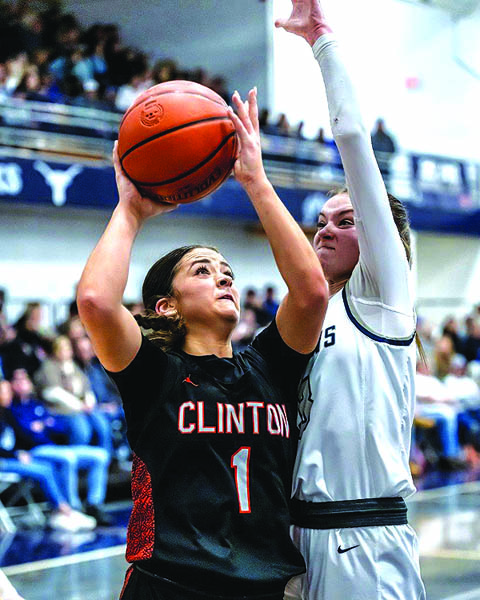 Addi Gamble led the Lady Dragons in scoring with 19 points against Anderson County Friday night. She was one of four Lady Dragons to hit double digits. - Ricky Williams
Since returning from the holiday break, Clinton High School’s girls basketball team has won three of its last five games, and the Lady Dragons entered this week on a three-game winning streak.

On Friday night, Clinton notched a 67-56 win over District 4-AAA rival Anderson County on the road in the second installment of the Crosstown Showdown.

And despite posting a double-digit win, Lady Dragons Coach Alicia Phillips commended the Lady Mavericks for their effort.

“They gave us all they had and they made 10 threes,” Phillips said.

When the Lady Dragons needed a big play, someone stepped up, and it wasn’t just one player.

Clinton got sparks from several players on this night, and Phillips said that continued a positive trend.

Mavericks get clutch score to hold off CHS Dragons 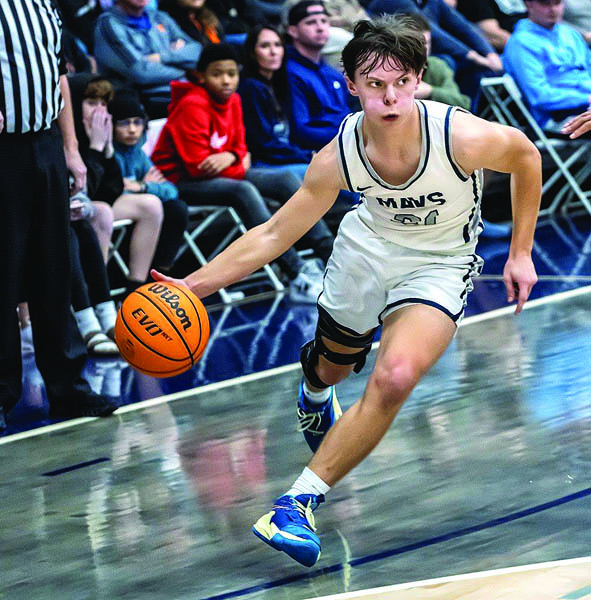 Anderson County’s Trent Strickland moves past the Dragon defense on his way to the hoop Friday night. - Ricky Williams
Anderson County High School boys basketball Coach Jordan Jeffers knew that his team’s game against crosstown rival Clinton would be emotionally charged as the two teams played in front of a packed house Friday night at ACHS.

And the emotion nearly got the best of the Mavericks, at least in the first half.

“I felt like the team who could control their emotions would probably be the one to win the game,” Jeffers said after the Mavericks edged the Dragons 62-60 to salvage a regular-season split in the Crosstown Showdown.

ACHS, which has won six consecutive games and eight of its last nine, struggled to control its emotions early.

“We had guys yelling at the officials and guys untucking their jerseys,” Jeffers said.

The game was tightly contested throughout, and the two teams were embroiled in a 25-25 deadlock at halftime.

But the Dragons, who won the first meeting between the two rivals on Dec. 1 at Clinton, held a slim 40-38 advantage after the third stanza after Jeremiah Lee buried a long-range jumper as time expired in the quarter. 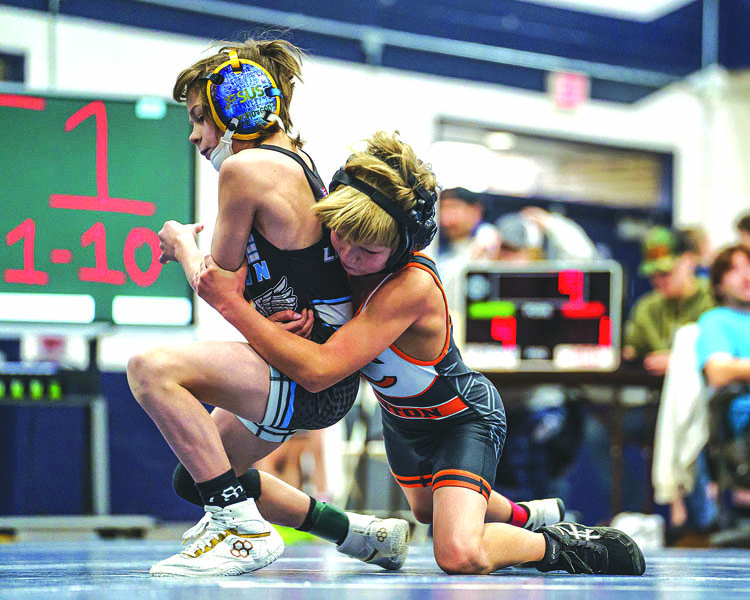 Luke Hollifield
Clinton Dragons Youth Wrestling’s Cooper Smith, above, and Luke Hollifield quickly took control of their matches during the SMWC Battle at the Bull Ring on Saturday, Jan. 7. Smith is in his second year of wrestling, while Hollifield is a five-year veteran.

Moody in line for rare honor

January 18, 2023 by Matt Hagan Special to The Courier News 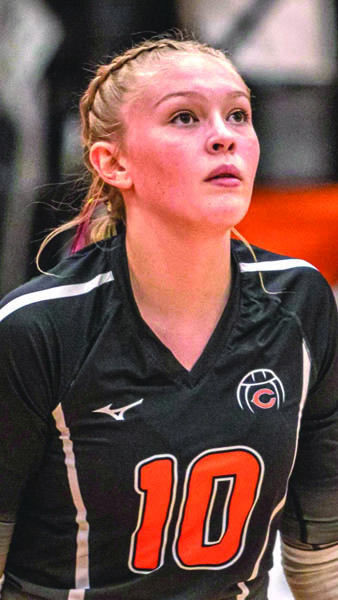 Moody was named one of 12 players in East Tennessee for PrepXtra Volleyball Player of the Year, the only freshman, and one of three underclassmen, which she considers a “big honor.”

Moody was a standout with the Clinton Hawks last year, and said playing her freshman year was a major transition because the game is a “much faster pace.”

Moody said playing both basketball and volleyball help with conditioning and her vertical game. 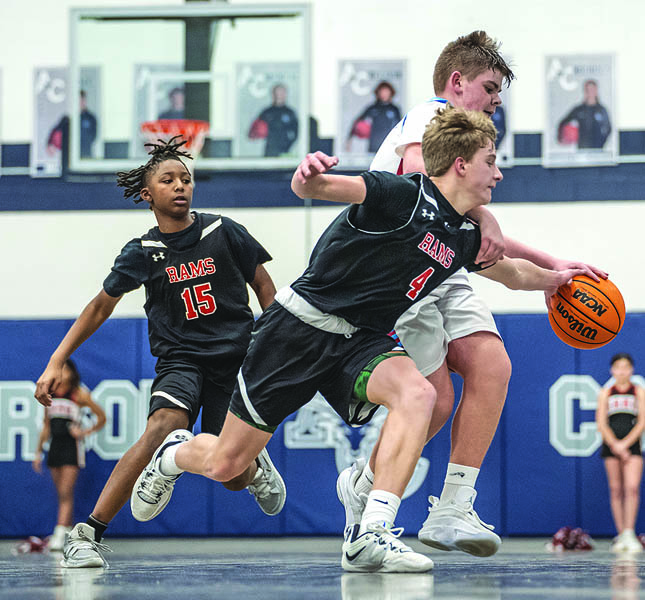 Robertsville Middle’s Ethan James gets a late-game steal during last Thursday’s match up against Norris Middle School. James scored 20 points in the Rams’ 55-37 win over the Senators. - Tony Cox

Going to the next level

Yassu was part of the 2022 ORHS Lady Wildcat squad that finished 14-2, and won the regular season crown in District 3-AAA.

Ella Kendall was scheduled to sign with American University , Washington, D.C., on a swimming scholarship Jan. 11, but her signing was rescheduled until Jan. 25. 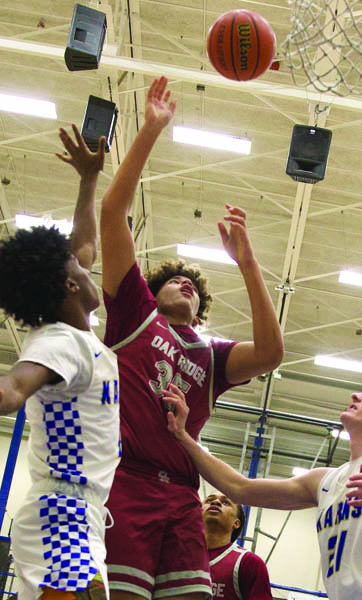 The Wildcats got a big win when they needed it most as they edged Karns 67-64 on the road.

The Beavers are one of the area’s most-talented teams, and came into the game riding a crest that saw them win five consecutive games and seven of their previous nine contests.

It was the third-consecutive road game for the Wildcats (14-3 overall, 3-1 in District 3-4A), who opened the week with a 59-57 loss at West High in Knoxville and dropped their previous contest at Cleveland (53-33) on Saturday, Jan. 7.

“We kind of struggled a little bit, so I feel like we just grinded one out tonight,” ORHS Coach Aaron Green said. “We just found a way to win, and I thought we did a pretty good job defensively.

“They’re very good. They’re talented. I knew that before the year started. They’ve got a lot of guys back.”

Brennen Scott, who missed the Wildcats’ two previous games due to injury, returned to the lineup against the Beavers and scored eight points. ORHS’s leading scorer, he knocked down a pair of jumpers from long range.

Grayson Strader led the Wildcats with 18 points. Ray’Quan Watson added 15 and converted all six of his free throws over the final eight minutes of the contest. Cooper Wilson, a sophomore post player, finished with 13 points. 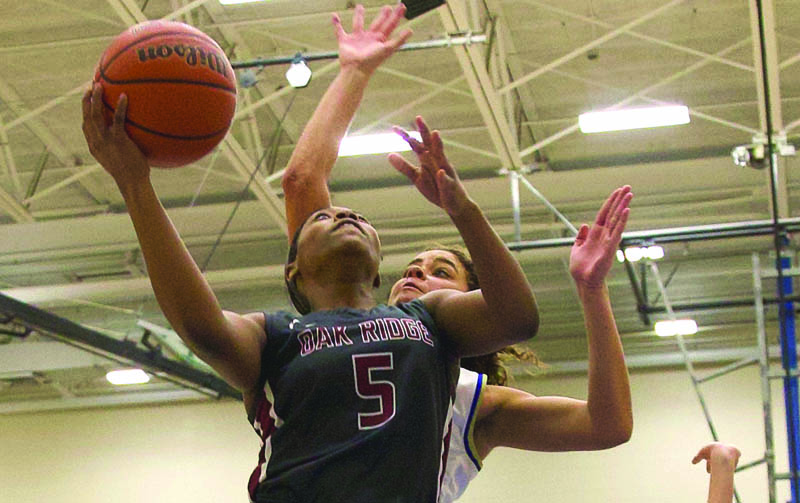 The Lady Wildcats are in the midst of a seven-game winning streak as they notched a pair of victories on the road in Knoxville last week.

ORHS is also in first place in the District 4-AAA standings after edging Karns 53-50 on Friday night.

With the win, the Lady Wildcats improved to 10-8 overall and 4-0 in district play.

Oak Ridge fell behind 42-35 early in the third quarter.

The Lady Wildcats, however, would storm back as they went a perfect 8-for-8 from the free-throw line in the fourth quarter.

They were 9-for-13 from the charity stripe in the contest. They opened the final eight minutes with a 14-2 run.

Long for a short shot 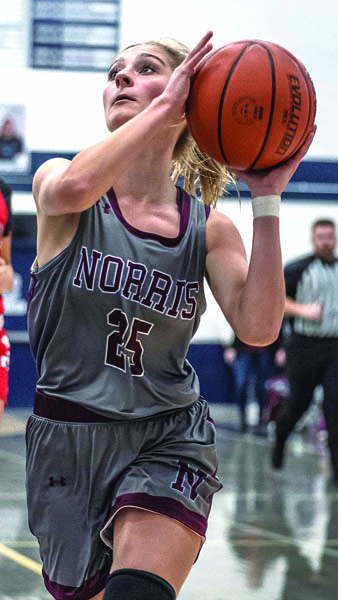