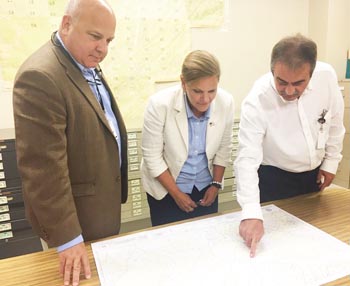 Interested individuals are invited to meet at 6 p.m. Tuesday, July 11, in the conference room at the Anderson County Health Department, 710 N. Main Street in Clinton.

Guidance has not yet been released on the grant application process, but Frank hopes a working group assembled prior to the release of grant guidance could help Anderson County be ready and prepared once grants are released. Frank also hopes the working group will serve as a forum for new ideas regarding connectivity in areas of the county where access is already available.

“Numerous residents have written, called or even signed neighborhood petitions letting me know how great the need is for access. For economic, social, health and educational reasons, we need to do all we can to see them connected,” stated Frank. “I’ve also been contacted by people with access who would like us to be more innovative with the assets we already have. I think a working group on this issue could keep us moving forward,” she continued.

Rural counties with more households connected to broadband had higher incomes and lower unemployment than those with fewer, according to a 2015 report by researchers Brian Whitacre of Oklahoma State University, Roberto Gallardo of Mississippi State University, and Sharon Strover of the University of Texas.

Tennessee’s Department of Economic and Community Development (TNECD) identified broadband as a crucial factor in the economic success of their communities and commissioned a broadband study to assess the current state of broadband in Tennessee.

That report showed Anderson County ranking well in terms of connectivity; however, Anderson County still has several areas in our county where homes and businesses are unserved.

For questions or additional information, contact Frank at 457-6200 or via email at tfrank@andersontn.org.