From ‘glowing at night’ to trust issues, citizens speak out 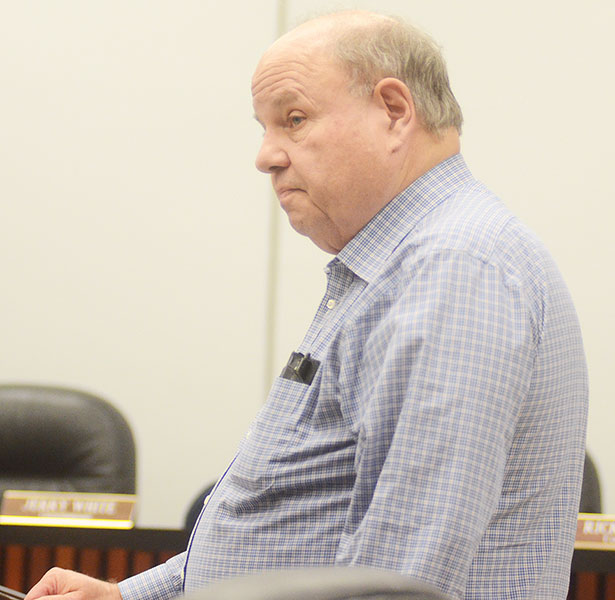 Citizens’ comments ranged from mistrust in the stewardship of the DOE, the outside “perception” of Oak Ridge and what an additional landfill for radioactive waste could do to enhance that perception, the long-term care of the proposed landfill, issues of trust between the community and DOE, mercury levels in the demolition of buildings within the complex, and the permit process.

DOE is not technically asking for a permit for a landfill. DOE is asking to operate a new landfill under the rules of an EPA superfund cleanup site. The biggest concern voiced about opening a new landfill as a superfund site seem to grow from what is required to be brought to the forefront when applying for a permit — that isn’t brought out in trying to obtain permission on a superfund site. There is no cleanup of a landfill, but there is cleanup of buildings and sites within the security complex.

Dale Rector, who retired from TDEC in 2016 after 30 years of service asked if DOE was intending to follow superfund protocols. He said that after reviewing five drafts by DOE (of the request) it shows they are not serious about compliance.

Todd Waterman of Clinton said the process DOE has gone through to get permission has, “created confusion.”

He added, “The most qualified to understand the DOE plan are the most cynical. Unless DOE can address valid concerns (about the proposal), it should ship the waste to Utah.”

He said DOE was going for the, “cheapest short-term plan. Taxpayers will take the cost and risk for monitoring DOE’s landfill.”

Another former Oak Ridge professional, Robert Kennedy said, “When you’re in a hole, you stop digging. We’re talking about a nuclear waste dump within the city limits of Oak Ridge.”

Retired groundwater and waste management specialist Ellen Smith, an Oak Ridge resident, said the DOE proposal was a “breakdown” in the trust between the community and DOE.

“The proposal is under the superfund law which is for a cleanup, not a new dump. It’s bypassing of the normal law. It’s a fiction that this is a cleanup,” she said.

Smith also pointed out that the Bear Creek site in the proposal is “outside the footprint” of land already contaminated by the DOE Security Complex. “It would add to the contaminated land,” she said.

Oak Ridger Bill Moore questioned putting in a new landfill in an area that is full of karst formations and has had a history of sinkholes. “There’s unstable geology here,” he said. “And there is a lot of seismic activity here.”

And he noted any new landfill would add to a negative perception of Oak Ridge. “How many of you have been asked, ‘Do you glow at night?’ We should not have this waste facility in Oak Ridge or Anderson County or anywhere near. Don’t give people a reason to ask if we glow at night.”