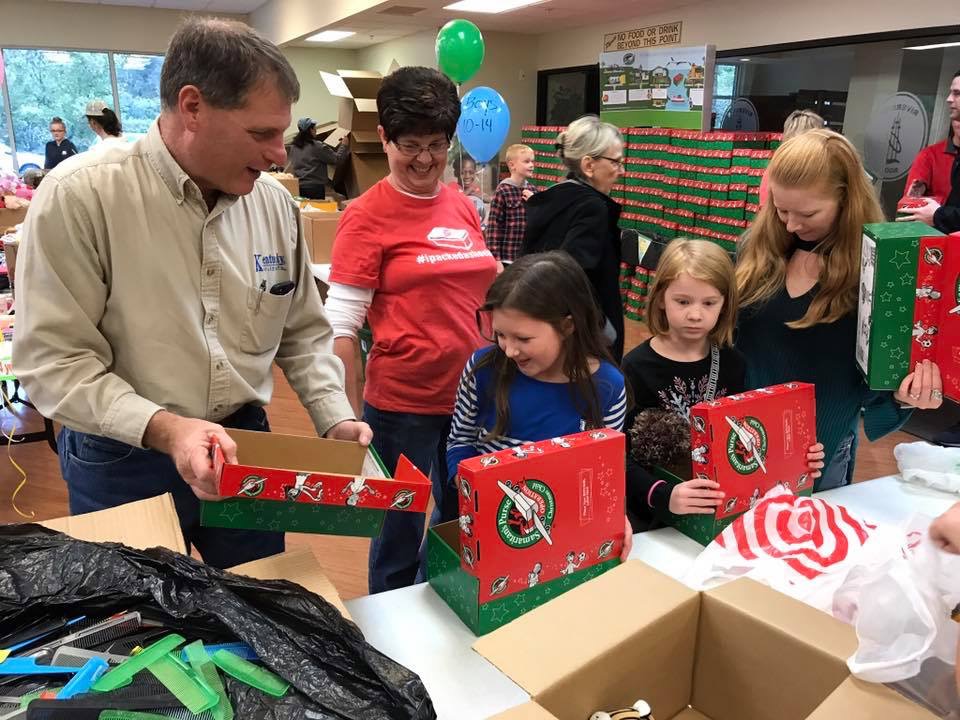 Jeff Slone, an associate pastor at Second Baptist Church, was killed on Monday in a coal mining accident.

Over 300 church members gathered at Second Baptist on Monday evening to pray for his family, according to associate pastor Craig Whitt.

“Jeff never met a stranger,” Whitt said. “He always had a smile on his face. He always had a desire to help those who were in need and had a heart to share the love of God with anyone he came in touch with.”

Slone would often show up unexpectedly at hospitals to see people who were sick.

“He was one of those that you when you looked up, there he was,” Whitt recalled. “He just wanted to show others what God did in his life.”

Slone headed up the Second Loves Clinton ministry at Second Baptist, and was involved in “anything that helped the community,” according to Whitt.

Slone was killed when a shuttle car struck him at the Tennco Energy Inc. Toms Fork mine in Bell County, Kentucky. The mine is owned by Nally and Hamilton. According to the Kentucky Energy and Environment Cabinet, Slone was a surveyor at the mine, and was 600 feet underground when it happened. He began his shift at 5 a.m. and was struck at 11:20 a.m.

The incident is under investigation and the mine is shut down while that takes place. The Kentucky Department for Natural Resources, Division of Mine Safety, sent investigators to the mine immediately Monday and they remain on scene.

The Kentucky Energy and Environment Secretary Charles G. Snavely said in a press release that they will learn how this accident happened and “what can be done to prevent another such loss of life.”

Second Baptist Senior Pastor Michael Thompson said that the church and Slone’s family and friends will feel this loss for a long time.

“There’s a verse saying that Jesus went about doing good, and that’s what Jeff did,” Thompson said. “That’s the best way I can describe his life. He genuinely cared.”

Thompson recounted a story that someone shared during Monday evening’s prayer service about a time her little boy was asking about being saved. Slone had already worked a long day at the mine, according to Thompson, but told her that he would come over immediately.

“It was sleeting out and just awful weather,” Thompson said. “But he cleaned up and drove over, and the little fellow was saved.”

Thompson said that Slone’s wife, Sam, has been battling cancer but is getting much better and stronger.

“We never dreamed it would be Jeff,” he said. “He was strong, in the prime of this life. He could down into the heart of the earth and supervise work there. We’re all just devastated by this loss.”

Slone leaves behind two children, Matthew and Jessica, and grandchildren.

“He was really a great man,” said Dwane Wilder, a friend of Slone’s and member of Second Baptist Church. “Never met a stranger and would give you the shirt off his back. [He] practiced what he preached every day.”

Slone had been at Second Baptist for the past five years, along with his wife, Sam. He impacted the lives of hundreds of people, including the McCracken family.

“He was the greatest man I’ve ever known,” said Karina McCracken. “He was my Sunday school teacher, but so much more. It was a blessing just to have known him and call him friend.”

“He loved God first, but he loved everybody and wanted to make sure every single person he ever met knew God loved them,” she said.

Second Baptist Church’s Facebook page was flooded with people sharing their memories of Slone and his impact on their life. Comments reflect Slone’s faith — “We have lost a true man of God, a servant that loves the Lord and loves God’s people,” wrote one person — and love for his community — “He baptized my wife and son yesterday and then met with me in the late afternoon to impart some of his Godly wisdom into my personal life,” wrote another.

It was his love for God and what God did in his life that motivated him to minister to others, according to Whitt.

“He just wanted to show others what God did in his life,” he said. “He was God-focused and people-focused.”