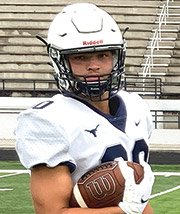 Adam Wright is gearing up to host the second annual “Wake the World Norris Lake” event, a day designed to offer children from group homes a chance to experience the adventure that is Norris Lake.

Wright, who owns a summer home in Andersonville, found out about Wake the World by chance, but when he did heard about it, he knew it was something he and his wife Michelle wanted to be involved in.

“When our son was born, he had a heart defect that required immediate open heart surgery,” Wright explained.

That was six years ago, and that experience gave them the heart and compassion to reach out to children in need. It started with a fundraiser for the hospital where their son had his surgery, and it was very successful.

Still, they wanted to do something different, something that would let them see results right away.

Wake the World is a nonprofit that provides “a day of fun on the water to abandoned, abused and neglected children.” It also hosts events for Wounded Warriors and children with special needs. Wright’s event is under the umbrella of Wake the World, but is specific to Norris lake and children in group homes.

Last year, over 30 children came to Twin Cove Resort and Marina from Wear’s Valley Ranch, a Christian children’s home and school in Sevier County. Twin Cove owner Brad Bardo was the hosting sponsor, and will be again this year.

“Without Brad and his marina, this would be very difficult to do,” Wright said.

Norris Lake Boat Center has also been instrumental in getting the event together.

“They’re all about kids and community,” he added.

Boat owners often take the lake for granted, according to Wright, but the kids from Wears Valley and other group homes might never have the chance to go on a boat, ski, tube or even swim in a lake.

“These are great kids taken out of bad situations,” said Wright.

The kids describe the day as “the best day of their lives,” according to Wright. It’s something that makes the grown men volunteering with him tear up.

“I truly believe five years from now this could be one of the largest give-back events of its kind in this country,” Wright said.

While he is hosting kids from Wears Valley Ranch again this year, he would like to expand to two days next year, and include other children’s homes. That requires corporate sponsors so they can purchase the towables, and boat owners volunteering their time. All money goes directly to costs associated with the event.

“We’ve gotten such a huge amount of support,” he said. “The people in the community are such kind-hearted people. They all band together.”

The 2019 event will take place on June 18. Visit waketheworldnorrislake.com for more information, to donate or to volunteer.