Man arrested after taking ‘stupid stuff’ (along with iPad) from business 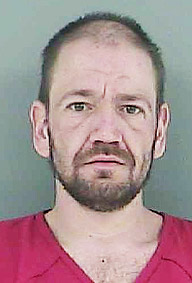 KENNETH SHOOK
That “find your iPad” app really does work.

Kesterton came to work on March 21 and discovered that her newly opened business had been broken into. Many items were stolen, including her iPad.

“He made a mess,” she said. “I might not have even known if I hadn’t seen stuff all over the store.”

He stole “stupid stuff,” according to Kesterton: lysol, a dremel tool, a charger for a grooming clipper but not the actual clipper.

Kesterton said that she called the police and her fiance suggested that she use her “find my iPad” app on her phone.

It started to ping, and it appeared to be in the woods behind her shop.

A maintenance worker who was at the shop fixing her back door said he would go look, and discovered Kenneth Shook, 34, in the woods behind the complex.

Shook had been previously banned from the property by the owner, Mike Farley.

When Kesterton activated the app, it caused music to play from the iPad. It took the maintenance worker straight there. He ran back inside and told Kesterton what he saw, so she called the police again. By the time they arrived, Shook had taken off and the iPad was nowhere to be found. They did, however, find a stash of other stolen items.

Kesterton persisted, and eventually they found the iPad stuffed in a plastic bag with a sweater wrapped around it, presumably to make it stop playing music.

Shook was found nearly a week later and arrested and charged with criminal trespassing, vandalism, burglary and theft of property.