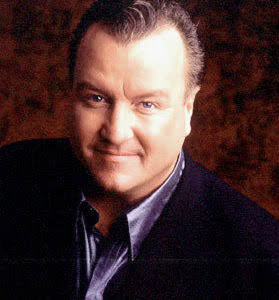 Stickin' little white flowers all up in her hair

‘You know how much I love you daddy

But if you don't mind

I'm only gonna kiss you on the cheek this time’

Oh with all that I've done wrong

I must have done something right

To deserve her love every morning

And butterfly kisses at night”

It’s a song that sold 3 million records, and it changed Bob Carlisle’s life.

“I didn’t even want to put in on the record!” he said as he reminisced about the 1997 song that put him on the Christian music Hall of Fame map. “I wrote it for my daughter two years before anyone else ever heard it. It was late, everyone was asleep, and I was tired. Then, I saw that my wife had laid out all the trappings of a Sweet 16 party for my daughter. I looked at all these things, and I started crying and wrote it almost in its entirety in one night.”

Then, when it came time to make a record two years later, his wife encouraged him to put the song on the album.

“It went platinum,” he said. “It’s still the number one wedding song.”

Paul Stookey, of the band Peter, Paul, and Mary, wrote a song called “The Wedding Song” that was the No. 1 wedding song prior to Carlisle’s.

“He saw me across the room at a restaurant one night and he yelled out, ‘Thanks a lot!’” he laughed, remembering the good-natured competition.

Carlisle is one of the musicians performing during the Greatest Hits Live Tour, which will visit Second Baptist Church in Clinton on April 25. He hasn’t toured since ‘Butterfly Kisses’ and has stopped making records.

“I’ve made so many in my lifetime,” he said. “We were very fortunate because of ‘Butterfly Kisses.’”

He said that NewSong coaxed him out of retirement.

“I’m enjoying the heck out of it,” he said. “These are the nicest people.”

“Grandpa world is a wonderful world,” he said. “And they absolutely dig me. If grandma says no, grandpa says yes.”

He lives in Las Vegas, where he and Jacque eloped 42 years ago.