Advance Auto, Dollar General round out trio of new businesses 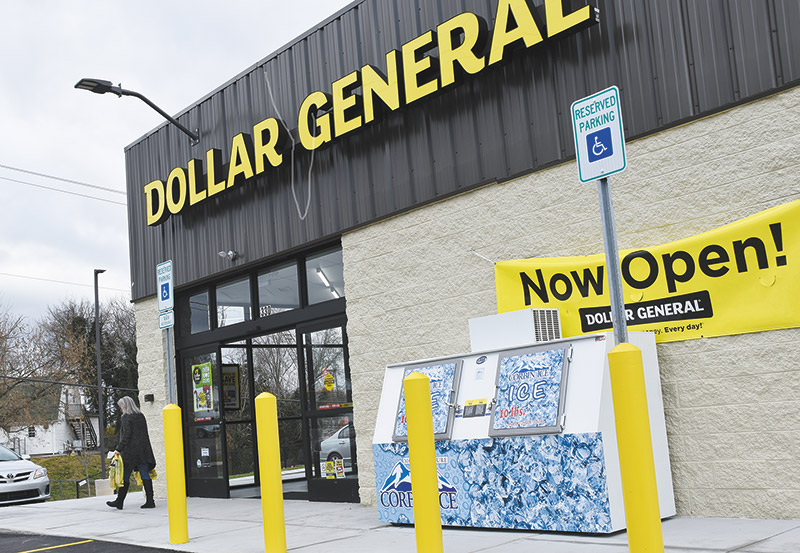 The new Clinton Dollar General store on South Charles G. Seivers Boulevard near the Lewallen Brige has opened for business. It’s the third Dollar General store inside the city of Clinton.
The trio of new businesses on South Charles G. Seivers Boulevard just west of the Lewallen Bridge is just about complete.

Advance Auto Parts is expected to open its new store this week; Dollar General opened its new location late last week; and the Fast Pace urgent care clinic has been up and running for more than a month.

The new Dollar General, at the north end of the strip center that includes all three businesses, is the third store inside Clinton for the Goodlettsville, Tennessee-based Dollar General Corp. The company has more than 16,000 stores in 44 states, and several more in the immediate area, including Andersonville and Rocky Top.

And contrary to prevalent rumors on local social media, the new store at 330 S. Charles G. Seivers Blvd. will not be a replacement for the Dollar General less than five minutes away at 620 Clinch Ave., according to Dollar General spokeswoman Angela Petkovic.

“We do not currently have plans to close our location on Clinch Avenue,” Petkovic said Monday in an email. “The store that just opened on South Charles Seivers Boulevard is an entirely new store, not a relocation.”

That means the other Clinton store, next to Big Lots and Clinton Fire Station No. 1 on North Charles G. Seivers Boulevard, will not be closing, either.

It’s a different story for Advance Auto Parts, however. The new store definitely is replacing the one at 180 Clinch Ave., which has been open nearly 30 years, said store manager Ben Brown.

He told The Courier News earlier that Advance Auto Parts has been in the Clinch Avenue building “since the early ‘90s,” but decided to move to a new location mostly because of the state of the present building.

“The building is in bad condition,” he said. It’s on the west outside corner of the parking lot of the partially empty shopping center that includes the Ingles supermarket. We believe the new location will have a lot more traffic going by the door, too.”

The store will add five employees to its current staff of 15 in the new location. The behind-the-counter parts storage area will be larger, and there will be about a 50 percent increase in the number of parts the store will keep in stock, Brown said.

While floor space will be about the same as before, the open shopping area for customers will be smaller than it is now to accommodate the additional parts inventory, he added.

As for the new Dollar General, it has about 7,400 square feet of sales floor space, and offers customers “stylish, on-trend home décor and an updated party preparation selection, in addition to the same categories, brands and products customers trust Dollar General to carry,” Petkovic said earlier.

The chain describes itself as “America’s neighborhood general store.” The company began in 1939 as a wholesale dry goods store, J.L. Turner & Son, in Scottsville, Ky., and opened its first Dollar General store in 1955 in Springfield, Ky., by converting what had been Turner’s Department Store. The Dollar General name stemmed from its original policy of selling no items priced over $1.

Advanced Auto Parts, based in Raleigh, North Carolina, has 4,912 stores in the United States and Canada, the company reported in September.