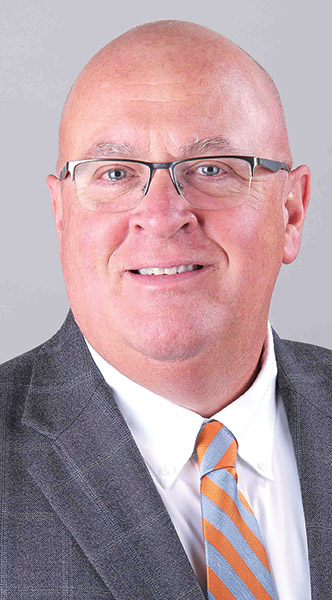 Each year, TGCSA selects one outstanding Tennessee retailer who exemplifies the high standards of integrity and efficiency upon which the organization was founded to be named Retailer of the Year.

TGCSA is a Nashville-based trade organization representing the interests of the Tennessee food market.

Jones will receive his award in May at TGCSA’s annual convention in Nashville.

“I am honored to have been chosen as TGCSA Retailer of the Year,” he said. “It is a very humbling experience to be counted among the ranks of such a great assembly of industry leaders. I would like to thank Tennessee Grocers & Convenience Store Association for the great work they do and the tremendous impact they have upon our industry.”

Jones joined the Food City team in 1980, accepting a position as a courtesy clerk in Johnson City while attending Hampton High School.

Throughout his career, Jones has served in a number of key positions, including store manager of the company’s Newport and Euclid Avenue (Bristol, Virginia) locations; and district manager, overseeing store operations for locations throughout Sullivan County, and Scott, Lee and Wise counties in Virginia.

Jones is responsible for guiding store operations for the company’s entire chain of 132 supermarkets.

He currently resides in Blountville with his wife, Jennifer.

They are the parents of Tyler, who is currently employed as a Food City pharmacist, and Brianna, a graduate of the University of Tennessee in Chattanooga and a senior at Lincoln Memorial University-DeBusk College of Osteopathic Medicine.