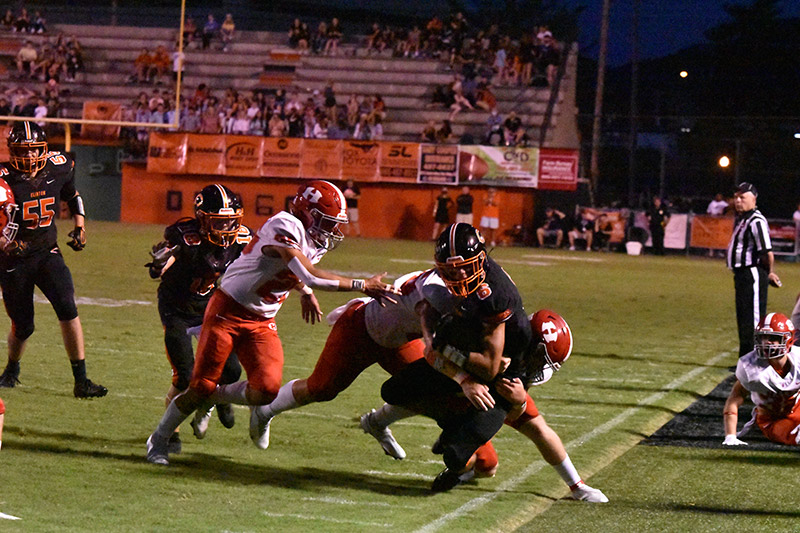 “We’re just following CDC and health department recommendations, but I can’t really speak on it more than that,” he said.

Almost two weeks ago the Clinton volleyball team had its season interrupted for two weeks in similar circumstances.

Ryan Sutton, the communications and public relations coordinator for the Anderson County Schools, said that, apart from the post on Facebook, the school system can’t speak further on the subject.

“Due to FERPA and HIPAA guidelines, that’s really all the information we can release,” he said.

Gary Terry, the athletic director for Anderson County High School, said that football is not canceled for them, and, as of now, they’re still on for Friday’s game against South Doyle.

“They haven’t shared anything about the decision with us,” Terry said. “We’re as healthy as we’ve ever been, and get three kids back off the injury list this week. We’re planning on going to South Doyle this Friday, and excited for another week of football.”