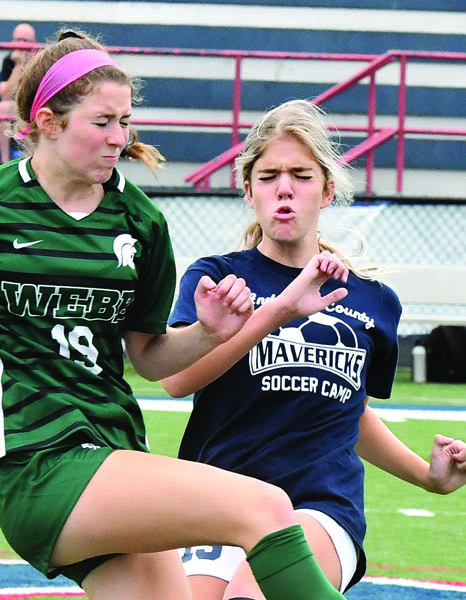 A tale of two churches in the heart of Clinton

Did you ever wonder why there are two Methodist churches within a block of each other on Main Street in downtown Clinton?

As early as 1801, Anderson County had Methodist circuit riders who preached at camp meetings and wherever else they could get a crowd.

In 1850, the church now known as Memorial UMC was established in Clinton and simply called Methodist Episcopal Church, South. This congregation’s first church building was built on the corner of Church and Cullum Streets.

The divided loyalties over slavery in East Tennessee carried over into religion when, in 1865, the Methodist Episcopal Church of the Holston Conference was formed at Athens.

For many years, members of the “Northern” and “Southern” churches, both calling themselves the Holston Conference, sent preachers to the same churches, causing problems with appointments and property rights.

In 1883, a small number of people from the Clinton church separated themselves into what is now known as St. Mark UMC. The new church was called the First Methodist Episcopal Church of Clinton and was affiliated with the “Northern” church, the Methodist Episcopal Church. However, in those early days, the new church was known simply as either the “Little White Church” or the “M.E. Church.”

Through the years, members of the two congregations would continue to exist as separate bodies of Christ, worshiping two blocks from each other. On special occasions such as revivals, Thanksgiving services and combined services, they worshiped together. However, some of the people of what is now St. Mark did consider uniting with what is now Memorial in 1926. They considered selling their property to the “Southern” church and combining their resources to build a larger church building. They did not feel like they could build and maintain a church building on their own. Discussions were held with church officials of both denominations, including the appropriate bishops. For whatever reason, nothing ever came from the talks.

The “Southern” church built a second building in 1887 at the present location, and changed the name of the church to Young Memorial, honoring a benefactor, D. K. Young. The name was later changed to Memorial. The present church building was built in 1929.

In 1938, the “Northern” church dedicated a new church building. The following year, the church became known as St. Mark.

Information from this article came from the website of Memorial UMC and a booklet prepared for the centennial of St. Mark researched and compiled by Lee A. Cate, minister, and Katherine B. Hoskins church historian