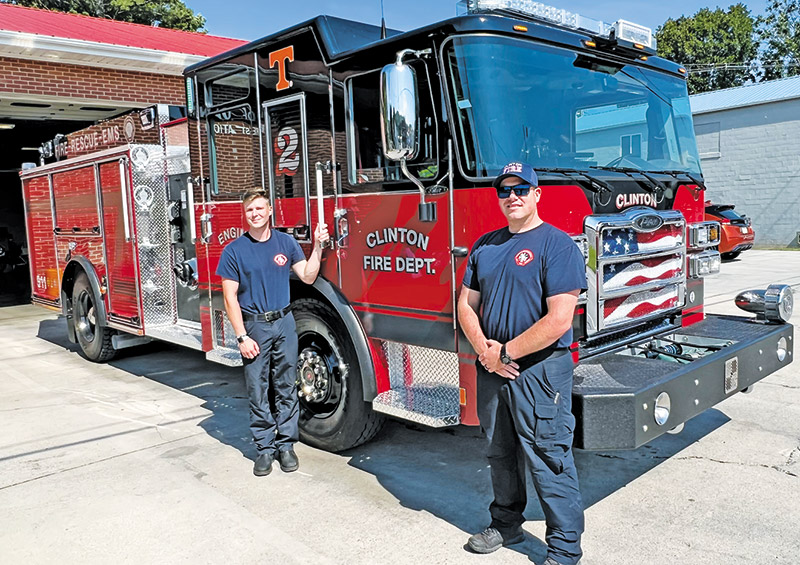 “We also have ordered our new Engine 3, which will go into service at our headquarters station downtown,” he said.

“We are truly blessed with such a supportive city council, city manager, and city residents,” the fire department said in a Facebook post announcing the addition of the truck. “The Clinton Fire Department is pleased to introduce to you our newest member of our fleet.

“Engine 2 went into service effective today to serve as the primary fire engine at Station 2 in the South Clinton Community.”:

The truck also has something special about it. On each front fender, the initials “SWG” are painted.

“In honor of long-time member of the Clinton Fire Department, our dear friend, Steven Wayne Pyatt’s initials are placed on the front corners of our apparatus, as a constant reminder that he is always with us.”

He was raised in Clinton, TN, “where he spent his life giving back to the community,” according to his published obituary.

A 1974 graduate of Clinton High School, Pyatt was a Clinton volunteer firefighter for 45 years.

During high school and college, he was a lifeguard at the Clinton City pool, along with his brothers, Larry and David.

He was “an outstanding high school basketball player and earned a position on the 1974 Junior Varsity team at the University of Tennessee,” the obituary said.

He also was a longtime NCAA basketball referee, seen on court during many NCAA tournament games.