A letter from Abraham Lincoln 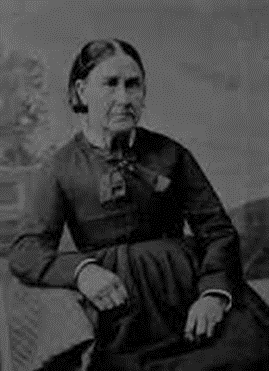 LYDIA BIXBY
It’s sad when we hear of the death of one of our soldiers. More than 23,000 Civil War soldiers were killed, wounded or missing after 12 hours of savage combat at Antietam.

It was the bloodiest one-day battle in our nation’s history.

The Antietam National Battlefield Park is in Washington County, Maryland.

Lydia Bixby, a woman of more than 60 years of age, called on Adjutant-Gen. William Schouler on Beacon Hill in Boston in 1862 saying one of her sons had been wounded in the Antietam battle.

She wanted to go and help nurse him back to health, but she was impoverished and unable to do so. Gen. Schouler reported the meeting to Gov. John Albion Andrew, who appropriated $40 to cover her expenses in visiting her son.

During this meeting, she showed him five letters, written by five different commanding officers, informing her of the deaths of each of her sons. Schouler was deeply saddened.

A few days later, Schouler received communication from a man named Newhall who petitioned for one of his five sons to be discharged from the army. This reminded him of Lydia Bixby’s visit, and he mentioned her loss in his communication to Gov. Andrew.

“A still more remarkable case is Mrs. Bixby who 10 days ago came to my office and showed me five letters from five company commanders, each informing her of the death of one of her sons,” Gen. Schouler wrote. “She is the best specimen of a true-hearted Union woman I have seen.”

Gov. Andrew was so impressed with the document that he filed a report of it with the War Department in Washington.

“Mrs. Bixby sent five sons to the army, all of whom have been killed,” Gov. Andrew penned. “This is such a remarkable case that I really wish a letter might be written by the President. A mother of five dead sons, as noble as Mrs. Bixby, certainly deserves it.”

After Col. Thomas Vincent received the communication, he wrote Gen. Schouler asking him for the names and particulars of the Newhalls and Bixbys. Schouler dispatched a courier to get the information.

Charles Bixby was killed at Fredericksburg on May 3, 1863, and Henry Bixby was killed at Gettysburg in July 1863. Edward Bixby died of wounds at Folly Island, S.C., and brothers George W. Bixby and Oliver Bixby were killed before Petersburg on July 30, 1864.

Charles Dana, assistant secretary of war, received the communication and approved the discharge of Newhall’s son.

He sent the Bixby information to Edwin M. Stanton, secretary of war, who directed it to President Lincoln. The president was heart-wrenched in reading over the information, and even more so in composing a letter to Mrs. Bixby.

The president’s sincerity and compassion in composing it has led the letter to stand as a masterpiece in correspondence through the many years that followed.

Schouler personally called on Mrs. Bixby on Thanksgiving Day and delivered a considerable sum of money, a turkey, a ton of coal and the letter written by President Lincoln.

Editor’s Note: Read more of this interesting story in The Courier News. Jadon Gibson is a freelance writer from Harrogate. His stories are both historic and nostalgic in nature. Copyright 2022 Jadon Gibson